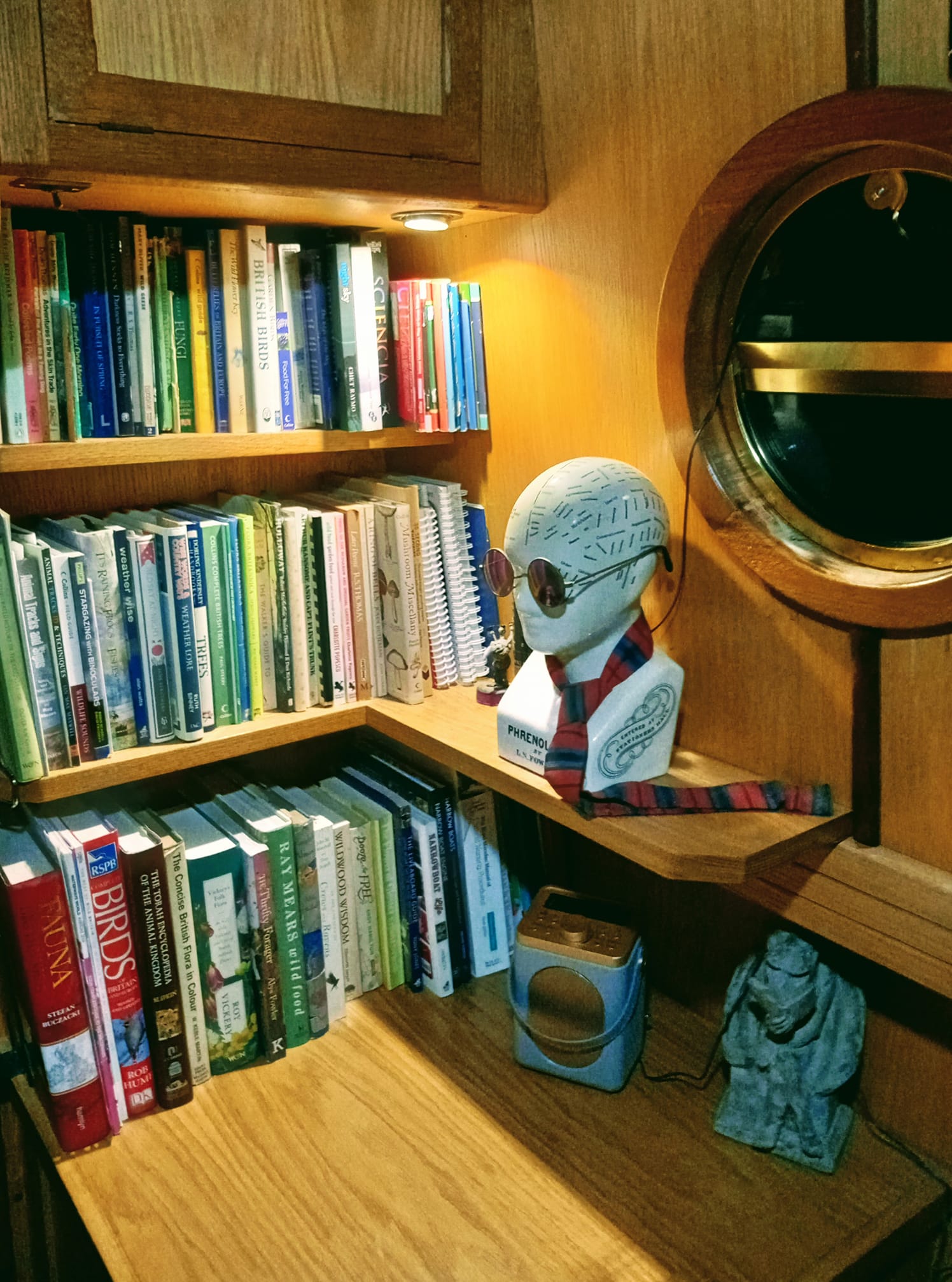 Books are some of my finest, most faithful, and treasured friends. Therefore, it shouldn't be much of a surprise to find that they feature a lot in the podcast. The programme notes for each episode list the full bibliographical details and, whenever possible, links to the publishers or (for out of copyright books) to the books themselves.

Below is a list of authors/books used (either read or constituting more than a passing reference) and links to the episodes in which they appear.

Machen, A. (1924) The London Adventure: Or the art of wandering re-published by Tartrus Press. Episode: 59.

Scott-Davies, A. (2010) Shadows on the Water: The Haunted Canals and Waterways of Britain published by History Press. Episodes: 18, 45,

Derrida, J. (2008) The Animal that Therefore I am published by Fordham University Press. Episode: 36.

Simard, S. (2021) Finding the Mother Tree: Uncovering the wisdom and intelligence of the forest published by Penguin. Episode 51.

Vickery, R. (2019) Vickery’s Folk Flora: An A-Z of the folklore and uses of British and Irish plants published by Weidenfeld and Nicolson. Episodes: 44, 55, 86.

Yates, C. (2012) Nightwalk: A journey to the heart of nature published by Harper Collins.

[The link will take you to the relevant episode. Once there, go to 'chapters' to find the exact section where the reading occurs.]

Jefferson, P. (2011) And Now the Shipping Forecast: A tide of history around our shores published by UIT Cambridge. Episode: 49.

Street, S. (2019) The Sound inside the Silence: Travels in the Sonic Imagination published by Springer. Episode: 96.

Various (c.1900) Weather Folk-Lore of the Sea and Superstitions of the Scottish Fishermen. Episodes: 9,

Derrida, J. (2008) The Animal that Therefore I am, published by Fordham University Press. Episode: 36.

Parker, E. (2022) Winters in the Word: A journey through the Anglo-Saxon year published by Reaktion Books. Episode: 106.