Kenneth Grahame's 'The Wind in the Willows' (Summer readings #4)

This week we explore and listen to extracts of Kenneth Grahame's (1908) children's classic The Wind in the Willows. 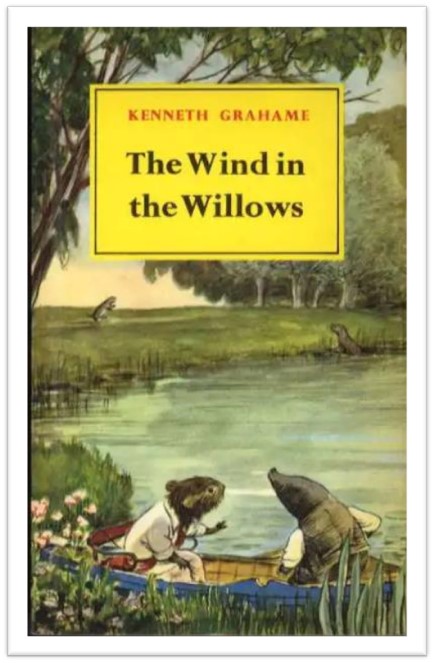 The story follows of the lives of various (anthropomorphised) animals that live by a river, principally, through Mole (Moley) and the Water Rat (Ratty). Their friend, the wilful, spontaneous, and exuberant Toad (of Toad Hall), acts as (almost literally) the driver of the plot. Toad's escapades and recklessness result in the need for Moley and Ratty and their friend, the wise but curmudgeonly Badger, to come to his rescue.
Grahame's writing is lyrical and evocative and in this episode we enjoy his descriptions of the river. However, his work also has great depth to it. This story can read as an exploration of how we should live within our natural environment, challenging the growing disconnection between people and nature felt within the Victorian age.
Grahame, like many other writers of his time, was also fascinated with spirituality and religious experiences outside mainstream (Christian) religion. The Wind in the Willows contains a fascinating and powerful chapter ('The Piper at the Gates of Dawn') in which Ratty and Moley have a mystical experience with a transcendent figure. Grahame's description, pre-dates, but beautifully expresses, the ideas of theologian Rudolf Otto and encountering the numinous, which Otto describes as a a non-sensory experience of a mystery that is at once terrifying whilst also being fascinating.

Rudolf Otto (1924) The Idea of the Holy: An inquiry into the non-rational factor in the area of the divine and its relation to the rational. Eng. Trans. London: Humphrey Milfold. (free open-access)