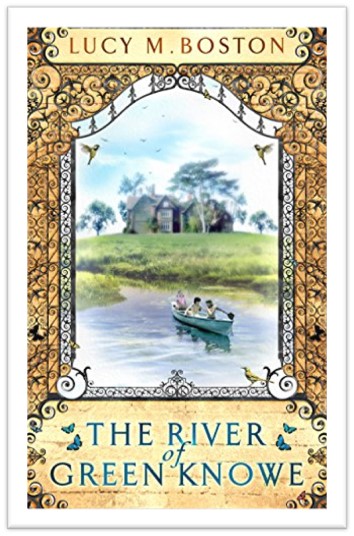 Although published in 1958, the book has a distinctively Edwardian feel about it despite it dealing with contemporary issues of alienation and homelessness experienced by refugees. The book is a series of stories about three children who are staying at Green Knowe for the summer and their adventures in a canoe on the river and canals around the house. Like all her books, The River at Green Knowe is a story filled with light and shadow, enchanting magic, and the threat of danger.

Green Knowe is located at Hemingford Grey, near Huntingdon in Cambridgeshire, UK. The house and its enchanting garden are open to the public – although check first before you travel. There is a delightful website where you can find lots of photographs of the house and grounds, as well as information about Lucy M. Boston and her books. The website is here: Green Knowe.

Green Knowe also have social media pages which regularly posts updates, information and images relating to the house and books.