The second of our reading this year takes back to the working-boat families of the First World War. Geoffrey Lewis’ beautifully detailed and cleverly structured tribute to the people who worked the boats through this turbulent period is a lovely and moving tribute to their hard work, sacrifices, and bravery. 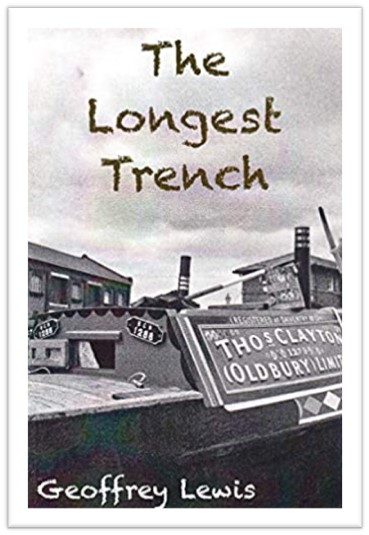 The Longest Trench follows the lives of two families as they work their boats and provides an intimate and carefully-researched window into their lives, charting not just the hardships, but also their joys. As such, it is a touching and heartfelt celebration on an aspect of British life that has been long over-looked.

The novel is framed in such a clever way that allows Geoffrey to contrast the wide range of experiences working boaters encountered, from running multiple boats, being No. 1s (owners), different types of cargo. It also shines a light on the practical challenges that this life raised. For example, how do you conduct a courtship when the two parties are on different boats and on different routes? What happens when a young child becomes seriously ill?

“Careful research and Mr Lewis’ of the canals make this novel a realistic picture of boating people in the days of horse-drawn narrowboats, and once again his characters become real people whose fortunes matter to his ardent readers: Joy and sadness meet them along the way as news from the various theatres of war is received, while the burgeoning romance between a boy and girl carries us along towards Armistice Day.”

In this episode I also read as short section from Tom Rolt’s Narrow Boat.

I have found that the best site to locate Geoffrey Lewis’ books is at The Canal Shop.